Historical Fiction Cover of the Month for November

November already, eh? Where did the year go? Never mind, there’ll be another one along shortly. In the meantime, what covers have caught my eye this month?

Well, one cover in particular has caught my eye for months, but it’s not going to be eligible for consideration although it comes out this month. Here it is. Nuff said. 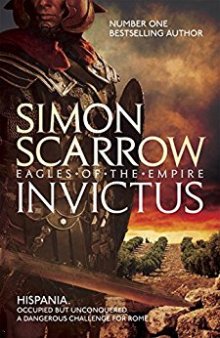 Moving on to this month’s contenders…

First up is Simon Scarrow’s new Roman offering: Invictus. It must be impossible by now to come up with something new that features a Roman legionary. We’ve seen it all before: headless, bodyless, with and without helmet or armour, in deserts, in forests – in fact, in everything. So I’m not going to find a new and unique cover out there.

I’ve included this one because I like it and I think it does its job pretty well. There’s a certain grim tone to it – at least I think so from the half face that we can see. The colours are suitably martial reds, yellows and browns and the landscape looks pretty bleak.

As always, I would take issue with the (very common) habit of just chucking the words on top of the image. I prefer to see some coherent approach to title text and image, because let’s face it, when you look at this cover all you see at first glimpse is the text. 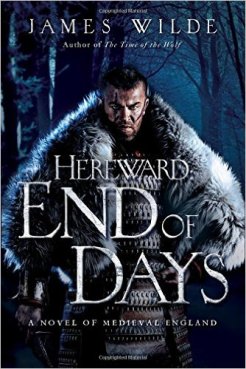 My second choice is James Wilde’s Hereward: End of Days. It too suffers a little from the above mentioned fault, but the white text works better here because it suits the dark blue and white colour palette of the image.

It has a grainy, actually quite depressing, look to it. The figure – Hereward, one supposes – looks seriously dangerous and pretty grumpy as well – love the fur though. The whole cover manages to convey a fair bit of dark menace. 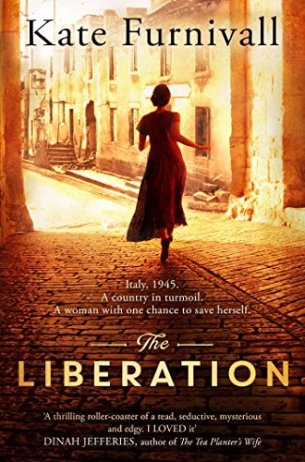 So, cover of the month is this one – a bit different from the others: Kate Furnivall’s The Liberation.

This is simple enough but I think quite evocative with the woman running from the shadows towards the light. The narrow street with its crumbling buildings conveys the sense of decay or destruction There’s a hint of period with the style of the buildings, but only a hint.

The text colours work well and the title is intelligently positioned. When I saw it as a thumbnail image, my eye was drawn to the light and the image was quite clear. I wanted to look more closely so I clicked on the thumbnail – job done from the cover designer’s point of view.

Here’s a heads up for December. In next month’s COTM post I shall be asking for suggestions for best HF cover of the year, so start thinking. Then we’ll have a popular vote on HF Cover of the year in late December when everyone’s still comatose from Christmas.