Review: Silk and the Sword by Sharon Bennett Connelly

Silk and the Sword: The Women of the Norman Conquest 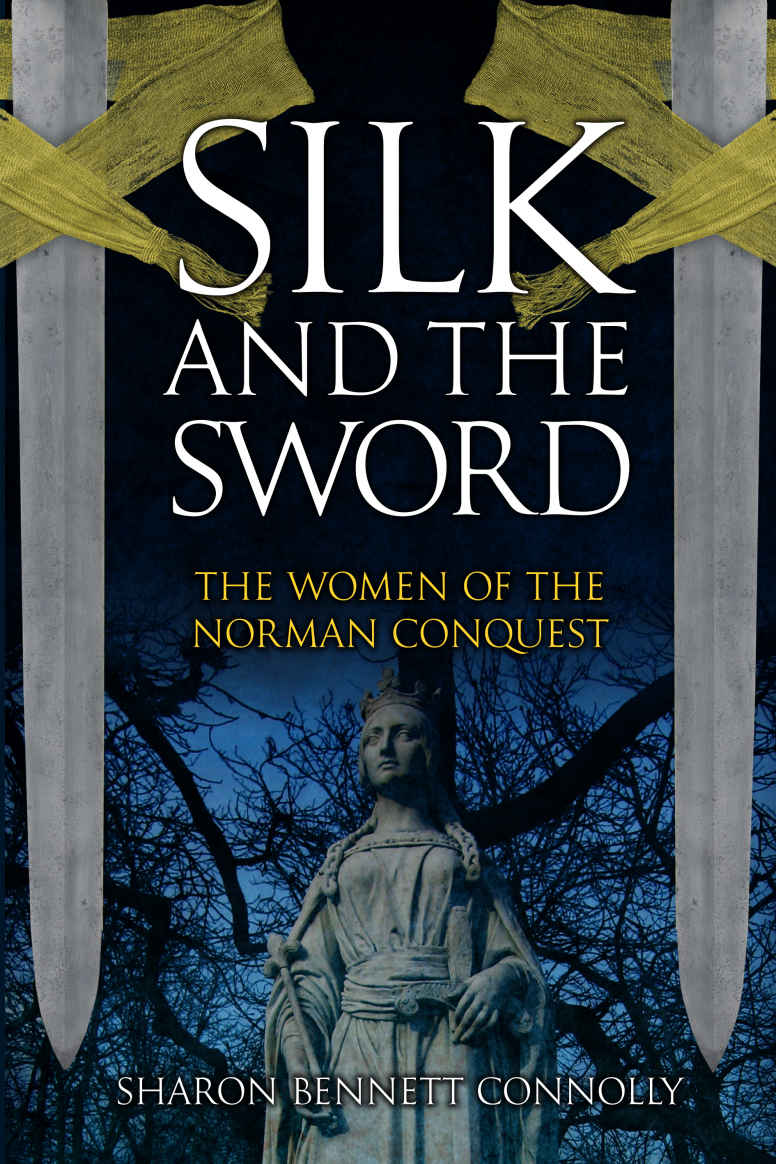 The Norman Conquest is, I suppose, a period about which we all know at least a little bit. We have heard of Harold Godwinson, William the Conqueror and perhaps Harald Hardrada of Norway – the three men who contribute most to the story of 1066. Some of us who have studied the period a little more closely will be aware of the exploits and influence of other men. We may even know something of several women of the period, but to be honest we won’t know very much. What this book does – and does very effectively – is to give the women of the conquest centre stage.

I think it is exceptionally difficult to look at the events of the 11th century through the eyes of a woman, but Ms Bennett Connolly teases every last detail out of the few tenuous threads of evidence that the women have left us. She does it in a very measured way, for at no point does the reader feel that his credulity is being overstretched. There is always a balance in what is said and how it is expressed. One should not underestimate the skill required to strike such a balance between understating and overstating the role of any individual – male or female – when the evidence is so sparse. This fine judgement is one reason why the book is so effective.

You would think that, with such limited raw material, all we would end up with is a procession of clone women all doing much the same thing in much the same way. But the writer manages to create distinct individuals and set them in the context of both the events and the society of the 11th century. But she does more than that; she manages to focus in on their individual lives. So, not only do we get a sense of their roles in the state, but we also have an insight into their personal lives in their relationships with their husbands or children in their own households.

Permeating through this book is a recurrent theme of the perilous position of high born women in this period. Often they are merely bargaining counters in the marriage game; frequently a woman of royal or noble birth was married several times and each time was expected to produce a brood of heirs. But we also read of their important role in administration, negotiation and the church.

Perhaps the most difficult task attempted by the author is to lead the reader through the sometimes labyrinthine genealogies of the Saxons – amongst others. The problem is that to have any hope of grasping who a particular woman is, we have to see how she is connected to others. But how do you do that with clarity? The solution in this book is a lot of repetition: rather like saying to the reader this is the sister of ‘so and so’ – you’ll remember ‘so and so’ he was the one who… etc, etc.

The first couple of times that I encountered this repetition I was unsure about it, but then I saw that it was essential in a book of this scope. Without this ‘hand rail’ of constant reminders, I would have fallen off the mountain of detail because every page brings new characters to the story. The way the book is written enabled me to understand the connections – which are numerous – between the women of the time.

Two women stand out in the book for me: Emma of Normandy and Gytha of Wessex – those two I found especially interesting, but the strength of the book is also in the other little gems that I was completely unaware of, such as Judith of Flanders and St Margaret of Scotland.

Ms Bennett Connolly writes in a clear and interesting style that made the book a pleasure to read, but I also learned an enormous amount about both the women and the events they witnessed and I regard myself as fortunate to have received an advance review copy.

2 Responses to Review: Silk and the Sword by Sharon Bennett Connelly